Beginning of October seen Enniskillen Corinthians arrive in Fivemiletown ‘in a downpour or rain’ to decide the first game of the season.
The first half was all Corinthians but the Fivemiletown Keeper ‘Chiddick saved time and again when all seemed lost’.

But eventually Corinthian’s were driven back on their own goal, and by good work by the forwards, Fivemiletown succeeded in scoring.
Corinthians quickly pulled one back and, with a chance to take the lead only managed to put a penalty wide.   A corner shortly afterwards fell to the ‘Whites’ which was taken splendidly and dropping right in front of goal Mckenna got his head to the ball scoring the winner for Fivemiletown.
Fivemiletown 2 – 1 Corinthians

The next game I found was when another Enniskillen team came to Fivemiletown, this time it was the ‘Moonlighters’  the short match report said ‘It was a good game but the Moonlighters were the superior team’ Winning by three goals to nil.

Next up was a trip to take on Tempo, a team that was playing very well.
Fivemiletown having the advantage of a strong wind were soon around the ‘Blues’ goal but failed to score. Tempo made several breaks but was repulsed by the back division. Fivemiletown pressure finally paid off just before halftime by scoring the first goal.
Tempo came out the second half with more purpose and soon equalised, the ‘Blues’ were really going for it and kept the ‘white’ in their own territory and finally scored their second goal but as the game was restarted Fivemiletown made a break and scored their second. Tempo was pushing for the winner and just before the final whistle scored with a rising shot.
Tempo 3 – 2 Fivemiletown

A couple of lines in the Impartial Reporter;
‘Celtic v Fivemiletown
These teams met at Celtic Park, Celtic had the best of matters all the time, and won by four goals to nil.’

Into November and I found an article about Fivemiletown;
‘our attention has been directed to several attempts in some newspapers to try to belittle the Fivemiletown football club. Experience teaches, and as the writer happens to know the club and every member of it, no one will blame him for saying that the club is excellently conducted. There is no rowdyism, bad expressions or anything to lower the standard of manly sport connected with it, and everywhere the club played people admired it for its good conduct’

At the end of December, there was a meeting of the Fermanagh and South Tyrone League.
the paper reported that last year they had difficulty in getting the fixtures for the league and charity games played in time, but this year there is no such trouble, owing to the fact, Fivemiletown having withdrawn, there are only five remaining clubs.’ (Only four clubs by the end of the season)

I have other research to do so maybe something will turn up for these missing years. 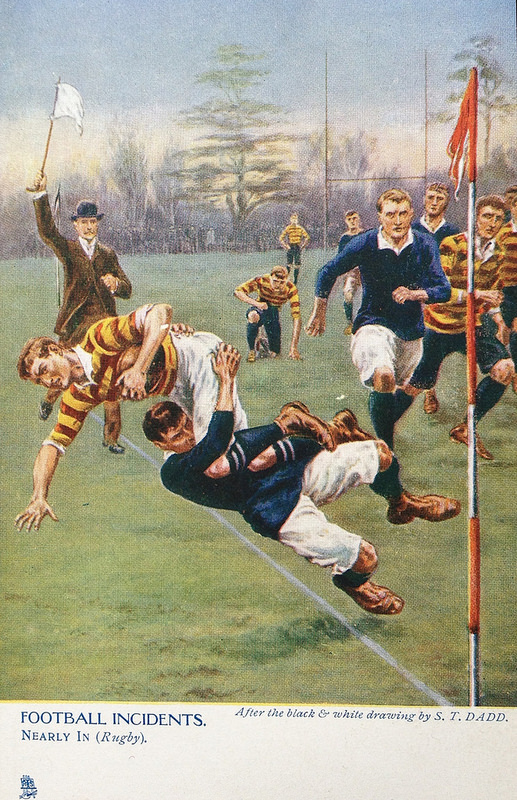